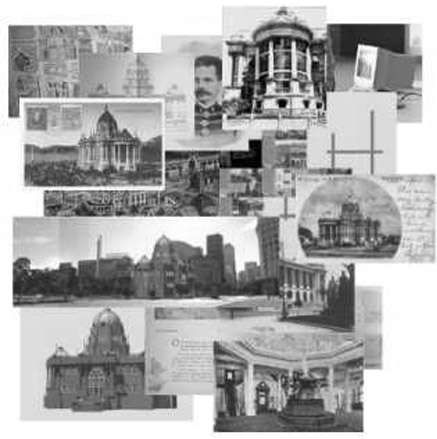 The need for various approaches of conservation and restoration drives our attention to the different kinds of urban heritage. These differences can be understood in terms of different degrees of heritage values such as oldness, historical documentation, intentional remembrance and integrity. We can also consider that buildings are signaled as heritage as much as for the narratives in which they are involved as for their physical presence and qualities. Their physical presence acts as a departure point for citizens to share histories and stories. A hyperdocument, defined here as an electronic network narrative, is one of the informational devices available to bring such stories to the public. From our experience in the Laboratory of Urban Analysis and Digital Representation (LAURDPROURB/FAU-UFRJ) developing hyperdocuments on urban heritage, we set up the basis for our case study: the Monroe Palace. The Monroe Palace, former house of the Brazilian Senate in Rio de Janeiro, originally represented Brazil in Saint Louis, USA, during the 1904 Louisiana Purchase Exposition. It was controversially demolished in 1976; and its reconstruction – or at least of some sort of memorial – has been taken into consideration recently. We use its presence – and absence – in Downtown Rio as a departure point to understand a few aspects of the urbanization of Rio in the 20th century. We discuss what would there to be regained in terms of the communication of its heritage values with this reconstruction and what could be achieved with a narrative presented in a “media” other than the building itself.